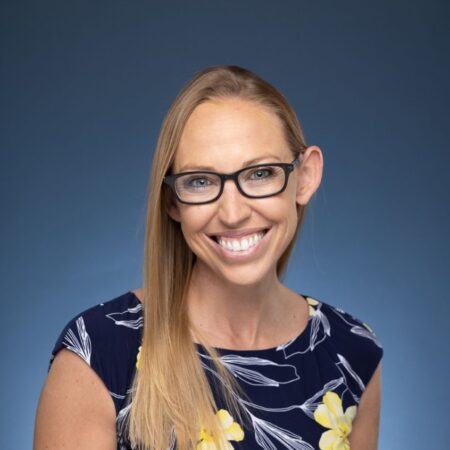 Principal Johnson joined Sun Valley Academy in the spring of 2020 following three years of service as a school administrator with the Academies of Math and Science and nine years of service as a teacher with Dorchester School District II in Charleston, South Carolina. Her career began at Flowertown Elementary, where she taught first grade for six years and kindergarten for three years. Ms. Johnson was named Teacher of the Year in February of 2015. During her career with Dorchester School District II, she served in a number of different capacities, including participating on curriculum development teams, providing district-wide professional development, organizing and implementing district initiatives at the school level, writing grants, and serving on a number of different leadership teams. After moving to Arizona, Ms. Johnson started working in an administrative capacity. She has served as an Assistant Principal, Network Academic Program Coordinator specializing in student and staff development, and a Founding Principal.

Ms. Johnson was born and raised in Charleston, South Carolina. She received her undergraduate degree from the College of Charleston in Early Childhood Education in 2008. She then went on to earn her master’s degree in Educational Administration from the University of South Carolina in 2017. Ms. Johnson views a collaborative school environment as the key to creating successful teachers and students. She believes partnerships with parents and community members are essential to enriching the experience at Sun Valley Academy.